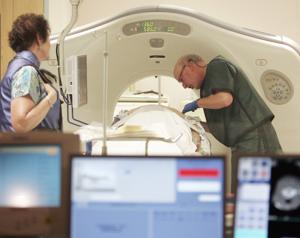 (The Center Square) – A new report indicates that Illinois has a higher-than-average rate for new lung cancer cases when compared to other states.

“We do see promising evidence that just more awareness about screening, getting more people screened is going to likely identify more lung cancer cases,” Hamilton said. “That is beneficial for people to have that knowledge and for them to get treatment.”

The report also shows that people of color who are diagnosed with lung cancer face worse outcomes when compared to white Americans. Hamilton says there are many possible reasons for that disparity.

“[There are] community and environmental factors, lack of access to quality and affordable healthcare, housing issues, and transportation barriers,” Hamilton said.

“One item that we really want to hopefully push in the state of Illinois is to increase cancer funding,” Hamilton said. “Currently lung cancer doesn’t have dedicated funding in our state budget. We think that it could really have an impact on lung cancer outcomes in our state.”

Overall, the state of Illinois ranks just outside the top ten among states when it comes to patients who receive some kind of treatment for the disease.

“One advocacy priority for the Lung Association is to ensure that more people are insured,” Hamilton said. “We are really pushing for as many people as possible to make sure that they do participate in open enrollment and get insurance because that’s a major factor that can help with the effects of lung cancer on Black residents and other people of color in our state.”

Lung cancer is the nation’s leading cause of cancer deaths. It’s estimated nearly 10,000 Illinois residents will be diagnosed with the disease this year alone.