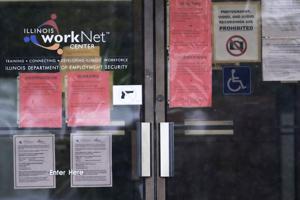 (The Center Square) – If nothing is done soon to address Illinois’ unemployment trust fund debt, employer groups say the costs to do business in Illinois will continue to increase.

Illinois is past due on its unemployment insurance trust fund debt and the interest continues to grow.

As of Monday, the U.S. Treasury showed Illinois’ outstanding unemployment trust fund debt is $4.4 billion. The state is one of 11 states that have such debt, and third behind California’s $19.3 billion and New York’s nearly $9 billion.

Illinois Chamber of Commerce President and CEO Todd Maisch said the issue is expected to be addressed in the upcoming budget season at the statehouse. He feels they’re making headway in getting support to use federal COVID relief dollars as other states have.

“But bonding the debt is something that has worked in the past, so some combination of both is probably in the offing,” Maisch said. “But we won’t really know until we sit down and have serious discussions with the administration and the legislature.”

The last time the state borrowed to pay unemployment debt it took a decade to pay off.

Illinois Manufacturers’ Association’s Mark Denzler said if there’s no action to address the more than $4.4 billion in unemployment debt, there are looming increased costs to employers.

“This is more than double what the highest debt was and that was after the 2008 and ‘09 recession,” Denzler said. “So employers are looking at significant tax hikes and workers seeing significant benefit reductions if we don’t work something out.”

Denzler said he recently discussed the issue with the governor and there seems to be a willingness of shared sacrifice between business, labor and using federal COVID dollars.

“That will all be worked out hopefully in an agreed bill process soon, because interest payments are increasing every week because of lack of inaction,” Denzler said.

The legislature returns on Jan. 8.