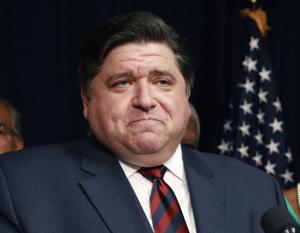 (The Center Square) – Gov. J.B. Pritzker has signed a bill changing the Health Care Right of Conscience Act that drew historic levels of citizen opposition, but it doesn’t take effect until next summer.

This is one of the first major policy initiatives concerning the governor’s actions and COVID-19 coming from the legislature in 20 months. Pritzker said the measure was requested by the Attorney General’s office and says it clarifies the “legislative intent” of the HCRCA “so it cannot be abused or misinterpreted to jeopardize workplace safety.”

The HCRCA says no one can be discriminated against in their job because of their conscientious objection to not getting a medical procedure. It has has been cited in several court cases as why workers can’t be forced to comply with vaccine mandates to keep their job.

This is one of the first major policy initiative concerning the governor’s actions and COVID-19 coming from the legislature in 20 months. Pritzker said the measure was requested by the Attorney General’s office.

Pritzker’s office says the measure clarifies the “legislative intent” of the HCRCA “so it cannot be abused or misinterpreted to jeopardize workplace safety.”

A House amendment to Senate Bill 1169 will change part of the act. It passed during fall veto session last month. The Senate voted 31 to 24, with some Democrats opposed. The vote in the House was 64-52 with two members not voting

During debate over the changes last month, more than 50,000 citizens filed witness slips in opposition. The law doesn’t take effect until next summer because it passed with only simple majorities.

Announcing he signed the measure, Pritzker’s office said the “amendment will ensure the long tradition of vaccine requirements by employers can continue with regard to the COVID-19 vaccine.”

“Masks, vaccines, and testing requirements are life-saving measures that keep our workplaces and communities safe,” Pritzker said. “Keeping workplaces safe is a high priority, and I applaud the General Assembly for ensuring that the Health Care Right of Conscience Act is no longer wrongly used against institutions who are putting safety and science first.”

Before passing with simple majorities, Ryan Cunningham, with the group Speak For Students, testified against the measure.

“We have seen the largest grassroots movement across the state of Illinois in which parents have risen up and made their voices heard in the amount of witness slips that have been filed over the course of this bill,” Cunning said. “The state is watching, the nation is watching, the country is watching. So your actions in which you take today, people are watching and will hold people accountable for such.”