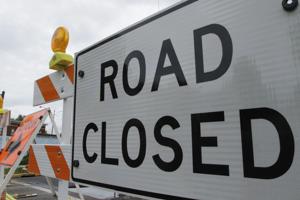 (The Center Square) – Illinois engineering companies say the state is in a good position to take advantage of the recently approved federal infrastructure bill.

All Illinois Democrats in Congress supported the measure. Illinois’ Republican congressional delegation was split with only U.S. Rep. Adam Kinzinger supporting the bill when it passed late Friday. President Joe Biden is expected to sign it.

Kevin Artl, president and CEO of the American Council of Engineering Companies of Illinois, said the spending improves infrastructure across the board.

“Improving water safety and health and safety options on that end but also repairing and expanding our roads and bridges and really modernizing our state’s infrastructure,” Artl said.

Illinois is set to get at least $15.8 billion for roads, bridges and transit projects, Artl said. But more federal taxes could be captured.

“There’s a whole host of grant programs that Illinois will be eligible for in terms of water, lead line replacement, there are transit options, airport and aeronautics grants that we can compete on,” Artl said.

Artl said because Illinois state lawmakers from both parties approved doubling of the state’s gas tax several years ago, with annual increases based on inflation, alongside increasing other fees on drivers, more state tax dollars are available to match federal tax funds.

“Illinois is probably one of the best-positioned states in the nation to take advantage of this national infrastructure bill,” Artl said. “We’ve got the funds to meet the federal requirements for matching funds. So you could see a lot of projects moving pretty quickly here in Illinois.”

Numbers from the Illinois Comptroller’s office show nearly $1.4 billion in motor fuel taxes for fiscal year 2019. That increased to $2.3 billion the following year and to nearly $2.4 billion for fiscal year 2021. So far this fiscal year, the state has collected nearly $900 million since July 1.

But, over the past few years, the Reason Foundation’s Annual Highway Report shows Illinois’s overall performance and cost-effectiveness ranking dropping from No 29 in 2016 to No. 37 last year.