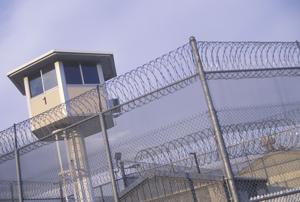 (The Center Square) – Prisoners aren’t getting the access to mental health services they deserve under the state’s constitution, according to a new report.

Over 42% of prisoners have mental illness, according to the Illinois Department of Corrections, as reported by the Southern Illinoisan.

But they aren’t receiving adequate care.

Areas of failure found in the first ruling include treatment for prisoners placed on mental health crisis watch, those in segregation and those prescribed psychotropic medication. Lack of staff and treatment plans and evaluation were also listed.

The independent court monitor, Dr. Pablo Stewart, pointed to staffing issues as the origin of the problems prisons are facing in this area.

“Finding providers to come into the prisons and provide mental health treatment to the people who need it is just an enormous problem,” she said. “People don’t seem to be interested in those jobs; they don’t seem to be hiring at the rate needed.”

It has been suggested that part of this problem may be geographical, said Soble.

“I don’t know how much of it is a disconnect in geography in terms of where our prisons are located and where mental health treatment providers live or study,” she said.

Regardless, Soble stresses the state has to make systemic changes.

“You cannot just continue to keep people who require mental health treatment when the state is not able to provide it in these settings,” she said. “We’re doing more damage than good.”

Thinking differently about how to respond to this problem is where the state needs to start, Soble said.

“If you demand somebody do something over and over again and they’re simply unable to do it, do you continue to demand that in the face of ongoing suffering or do you look for new solutions?” she said.

“Those include decarceration, more reliance on community-based services, increased collaboration among state-run institutions and public health providers,” she said.