Cell phones can be donated to support troops | Illinois 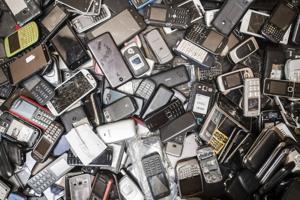 (The Center Square) – Just about every household has old cellphones lying around and now those phones can be used to help U.S. troops.

Cell Phones for Soldiers was started in 2004 by two teenagers who heard about a soldier’s $8,000 phone bill so they wanted to help. They raised enough money to pay off the bill and decided to expand the program.

The organization collects new and gently used cell phones and tablets to be refurbished or recycled. Proceeds from the sales will be used to send prepaid international calling cards to U.S. troops and to provide emergency funding to veterans.

Since its inception, the charity has provided more than 300 million minutes of free talk time to servicemen and women stationed around the world through its calling card program, Minutes That Matter.

Illinois Sen. Scott Bennett, R-Champaign, is collecting phones at his Danville and Champaign offices until November 15.

“This is a great program that allows our troops to stay connected to their families and is a way we can all support our troops,” said Bennett.

Phones can also be dropped off at numerous other locations, including fire and police stations.

Donors are asked to erase all personal information that may be stored on the device to protect personal privacy, remove the phone’s SIM card and restore the phone to factory settings.