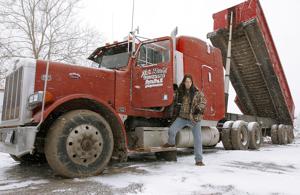 (The Center Square) – Just in time for the holiday shopping season, the supply chain is in dire straights. Those running logistics say they need drivers.

Reports continue about bottlenecked shipping containers off America’s coasts and the resulting shortages of various goods across the country.

Don Schaefer, with Mid-West Truckers Association, said there are issues all along the supply chain.

Schaefer said there’s a demand for drivers with employers, some paying as much as six figures, plucking graduates from packed truck-driver schools.

“There are companies that sit there and just wait for the truck driving schools to graduate their drivers and they snatch them, and they put them to work,” Schaefer said.

For people graduating high school wanting to get into the industry, Schaefer said 18-year-olds can drive trucks from Chicago to Cairo, but not across state lines. They have to be 21 and that can deter younger people as their peers entering other trades would be better established in those fields by 21.

Schaefer said trucking may be more for those looking for a second career, or even those who have retired, or husband-and-wife teams.

“Trucking depends on people who are looking at second careers, people who have decided ‘maybe this is always something that I’ve wanted to do, I’ve tried something else, let’s give it a try,’” Schaefer said.

Some companies are offering up to $100,000 for drivers. But all of this combined is increasing consumer prices.

“We want to write a textbook on inflation, this is it, the shipping and transportation costs are key,” Schaefer said. “Compound it with the high cost, the price of fuel has literally doubled in 18 months, actually in the last year, I mean, diesel fuel has just skyrocketed.”

While some see driverless trucks in the future, Schaefer said assisted trucks are more likely as there will need to be a driver for the first and last mile, but that’s not until much further down the road.