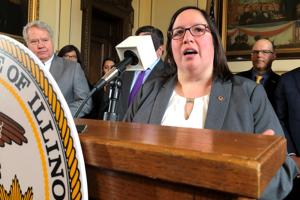 (The Center Square) – Midwives, who provide care to clients throughout a low-risk pregnancy, are on the verge on being licensed in Illinois.

Currently, only midwives with nursing degrees are legally permitted to practice in Illinois. Legislation would allow some certified professional midwives who are not nurses to apply for a license, a move that would allow them to provide care without fear of breaking the law.

Nurse-midwives who have dual certification can supervise births in Illinois, but the practice of midwifery has been illegal since 1992.

Rachel Wickersham, past president of the Illinois Council of Certified Professional Midwives, said she has been fighting for such recognition for two decades. She said if signed into law, the legislation will make at-home births safer.

“It also allows a professional midwife to fill out birth certificates and file legal documents,” Wickersham said. “It allows them to have access legally to things like oxygen and anti-hemorrhage medication, something that is part of what makes home births safe.”

But home births attended by midwives under the legislation would not be eligible for Medicaid coverage, as least for the time being. Wickersham said that stipulation may be rectified with a separate measure.

“It has always been our full intention because we recognize that the families who need this care the most are families who don’t necessarily have the means to pay out of pocket or do not have private insurance,” Wickersham said.

State Sen. Cristina Castro, D-Elgin, who sponsored the bill in the Senate, plans to push for Medicaid coverage when the legislature is back in session in the spring.

If Gov. J.B. Pritzker signs it into law, licensing will go into effect in October 2022.