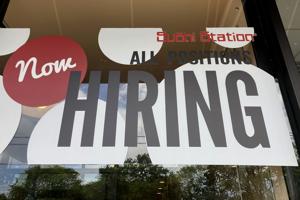 (The Center Square) – A report shows Illinois ranks seventh in the county in job quit rates after a record-setting August in which more than 200,000 Illinoisans quit their jobs.

The report was done by Bryce Hill of the Illinois Policy Institute. It highlights a national trend of workers leaving their jobs – called the Great Resignation – contributing to labor shortages across the country.

The report found that Illinois has the seventh-highest job quit rate in the nation and the highest rate among the midwestern states.

Hill said that even with the high number of workers leaving their current jobs, in the Illinois job market it may be hard to find another job.

“It is unclear whether or not Illinoisans who decided to quit their jobs looking for better opportunities are going to be able to find them,” Hill said.

Illinois is one of eight states that has more unemployed individuals than job openings, which means businesses can be less competitive when offering wages or benefits.

The report also shows that Illinois has done a better job in terms of pandemic recovery with Illinois adding 9,300 jobs from mid-August to mid-September, however, Illinois still holds the nation’s sixth-worst unemployment rate.

Hill offered some ways the state can help combat the unemployment problem.

“We need to be a business-friendly state,” Hill said. “We need to allow companies to do what they do best which is hire new employees, invest in their communities and create new jobs.”

Illinois saw an all-time high for resignations in August 2021, as 3.5% of the workers in the state ended up quitting or leaving.