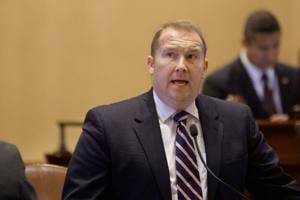 (The Center Square) – House Bill 1975, which would require school districts to create a code of conduct for teachers to protect students from misconduct, has passed the Senate, but still needs concurrence in the House.

The bill also includes the requirement of a resource guide for parents of students.

The legislation has been met with a support among lawmakers. It has 38 sponsors.

Senate sponsor Scott Bennett, D-Champaign, said the bill could help prevent sexual abuse in school by clearing up confusion regarding what should be reported.

“There has been some confusion from good teachers who observe troubling behavior that they do not know where the line is in term of reporting, this bill fixes that issue,” Bennett said.

House Bill 1975 requires school districts across the state to implement teachers institute days to be used as teaching days for employees to learn about certain signs of sexual abuse.

The bill also requires those districts to develop a Code Of Conduct for employees to sign, Bennett said.

“This bill tries to make sure that schools do more to define sexual misconduct,” Bennett said. “It makes sure that they write a code of ethics for the district.”

Schools will also be required to put together information for parents regarding sexual abuse, including response and prevention resources for those families and requires that information be public.

If House Bill 1975 is passed and signed by Governor J.B. Pritzker, school districts would have until July 1st, 2022 to adopt these new measures for students Pre-K through grade 12.