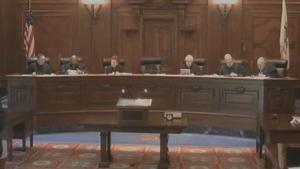 (The Center Square) – The Illinois Supreme Court has shot down Cook County’s tax on guns and ammo.

A gun-rights group that brought the case says it’s a major win for gun owners statewide.

Since 2012, Cook County has taxed guns an extra $25. There was also another ordinance that levied a one to five cent tax per round of ammunition, adding up for large ammo purchases. The county argued the revenue generated was necessary to help pay for the fallout of gun crimes.

Peter Patterson, attorney for plaintiffs Guns Save Life, said during oral arguments in May, just as the government can’t tax free speech, it can’t tax the Second Amendment.

“In sum, for the foregoing reasons, we hold that to satisfy scrutiny under a uniformity challenge, where a tax classification directly bears on a fundamental right, the government must establish that the tax classification is substantially related to the object of the legislation. Under that level of scrutiny, the firearm and ammunition tax ordinances violate the uniformity clause,” the 6-0 ruling said. “Accordingly, we reverse the summary judgment entered in favor of defendants and remand to the circuit court for entry of summary judgment in favor of plaintiffs.”

Chief Justice Anne Burke took no part in the ruling, the court said.

Guns Save Life Executive Director John Boch said the outcome is a victory for gun rights statewide, as there’ve been talks in the past at the statehouse of similar taxes on guns and ammo.

“And they’ve also been talking about additional surtaxes on very popular firearms, police patrol type rifles and the magazines that feed them,” Boch said in an interview. “And so, all of that stuff is off the table right now.”

A spokesperson for Cook County said they are reviewing their next move in the case but did not say when they’ll implement the state Supreme Court’s ruling.

“We are disappointed in the Illinois Supreme Court’s recent decision related to Cook County’s tax on firearms and ammunition,” said Cook County President Toni Preckwinkle’s Press Secretary Nick Mathiowdis. “We intend to meet with our legal counsel and determine any next steps that may be warranted.”

Mathiowdis didn’t indicate if or when they’ll remove the tax.

“We continue to maintain that the cost of a bullet should reflect, even if just a little bit, the cost of the violence that ultimately is not possible without the bullet,” Mathiowdis said in a statement. “We are committed to protecting County residents from the plague of gun violence with or without this tax.”

In May, Patterson argued against that idea, saying the government can’t target taxes on fundamental rights.

“If the government needs to raise revenue, there is a much less restrictive alternative that would burden a less protected conduct, and that is a generally applicable tax,” Patterson argued in May. “That is how we fund programs in this country, not by taxing the exercise of constitutional rights.”

Boch said there are other cases gun owners are watching closely.

Boch expects a ruling from the Supreme Court on the Deerfield case in the months ahead. The FOID card case is in the circuit court.