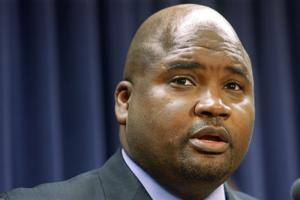 (The Center Square) – With state lawmakers heading back to Springfield for the final three days of the scheduled session this year, one of the major issues lawmakers are expected to take up is new congressional maps for the next ten years.

Illinois loses a seat in Congress because of population decline. During a Senate committee, Change Illinois Executive Director Madeleine Doubek answered Springfield Republican state Sen. Steve McClure’s question of how much review time would be needed “for every constituent in the state to be able to review it.”

“We have said a minimum of two weeks, but a month would certainly be preferable,” Doubek said.

When lawmakers passed two different rounds of new legislative boundaries in the spring and summer, community groups and Republicans criticized what they said was a rushed process. Those legislative maps are now in the court’s hands with the Democrat’s plan enjoined from being enforced.

It’s expected before the end of the session Thursday the final congressional map won’t be released until just ahead of final approval along party lines.

Suggested new maps can be made at the Democrats’ redistricting websites ILSenateRedistricting.com.

It’s also possible lawmakers could work to repeal parental notification of abortion. Opposing such a move, state Sen. Terri Bryant, R-Murphysboro, said there’s already a process of judicial bypass where minors can petition the courts to keep the procedure private, something that’s been used hundreds of times since 2013.

“How many times do you think that’s been denied, one,” Bryant said. “One time that that process has been denied for that girl.”

Meanwhile, Republicans wanted to have a bill heard to limit the governor’s emergency powers to 30 days. Gov. J.B. Pritzker has issued more than 90 such orders over the past 20 months unchecked by the legislature.

“I would argue the governor is trying to keep us safe and healthy,” Davis said. “The science suggests that that’s what he’s trying to do so I’m okay with executive orders.”

Republicans have also been pushing for a package of bills they say would help law enforcement combat violent crime, but there’s been no movement.

There’s also a possibility lawmakers could take up changes to the Health Care Right of Conscience Act the governor’s office has suggested were needed to enforce COVID-19 vaccine mandates.