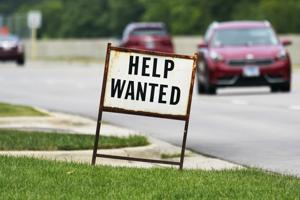 (The Center Square) – A new report shows that in Illinois, college-educated white people were 7.1% more likely to be employed than similar Black people.

Orphe Divounguy, of the Illinois Policy Institute, compiled the report. It highlights the difference in employment between college-educated white people and college-educated minorities in Illinois.

Divounguy said that the biggest problem for Illinoisans is that the gap continues to grow larger.

“It is interesting though that the gap widened more in Illinois than in border states and the rest of the country,” Divounguy said. “So we have a way worse problem here than in other states.”

While the COVID-19 pandemic has eliminated many jobs across the states, Divounguy mentioned that even pre-pandemic, Illinois was failing in this area.

“The employment gap, especially for whites and black was much wider in Illinois even before the COVID-19 pandemic eliminated jobs,” he said.

“You have two workers that would be otherwise identical in the labor market, except for the color of their skin, fair differently,” Divounguy said. “It happens everywhere and the problem is much worse in Illinois.”

The report provides suggestions on the state government can help narrow the gap. The suggestions include monitoring hiring outcomes, providing information to employers about the local workforce, de-biasing interventions in schools and investing in struggling communities to narrow productivity gaps.

While Illinois has state-level anti-discrimination laws in place, they have had no impact on the employment of Blacks relative to whites.