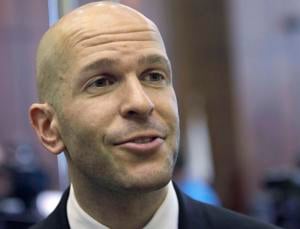 (The Center Square) – State Rep. Bob Morgan has filed legislation that would prohibit businesses from refusing to hire or firing workers for testing positive for cannabis.

House Bill 4116 states that an employer may not refuse to hire someone or discipline an employee for a positive drug test for THC as long as it is not affecting their work performance. The law would set a minimum level of 5 nanograms per milliliter of blood, or 10 ng/ml of urine, saliva, or other bodily fluid.

Illinoisans can buy and use cannabis as long as they are older than 21. Even with legal marijuana in the state, companies can still terminate people for using it.

Mark Denzler, of the Illinois Manufacturing Association, said that while marijuana is a legal substance in the state of Illinois, businesses have the right to enforce their policies.

The legislation would only apply to businesses that do not have any federal contracts because marijuana is still illegal at the federal level. The bill would provide exceptions for medical workers who would still be tested for THC.

Morgan who filed the bill said in a comment to ABC7 that this legislation is a way to help protect employees from being unjustly let go.

“How do we protect employees who are using a legal substance?” Morgan said. “This is not a new topic, but it certainly is much bigger now that we have a larger pool of individuals in Illinois who are legally using the substance.”

Denzler said that protecting businesses and employers is just as important.

The bill currently sits with the Rules Committee after its first reading in the House.