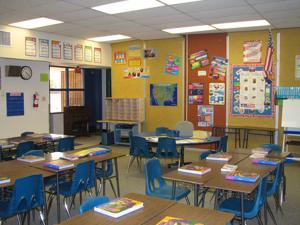 (The Center Square) – A new report into the spending of the largest teachers union in the state shows the majority of the money didn’t go toward representing local teachers.

The report, from Mailee Smith of the Illinois Policy Institute, shows how the Illinois Education Association spent its funds in 2020.

According to the report, the Illinois Education Association spent more than $77 million in 2020. Of that $77 million the IEA reported spending, about $9,766,252 went to representational activities.

Smith said that the money teachers pay every year in union fees has not been going toward the district they work in or their classrooms. Rather, it goes to state and national organizations.

“The union dues do not stay with their local districts,” Smith said, “because most of that money is passed up the chain to IEA. Teachers have the right to know how the IEA is spending their money.”

The report shows that 13% of the funds spent in 2020 went to representing teachers and the other 87% was spent on other expenditures such as lobbying, overhead and administration.

The association spent more than $1 million on political activities and lobbying in 2020. IEA also spent nearly $150,000 in contributions, gifts, and grants, which can be political in nature, Smith said.

The IEA also reported spending $14,813,881 for officer and employee salaries for tasks unrelated to representational activities in 2020. That number is 52% higher than the amount spent on representing teachers.

“The IEA spending of representing teachers, which is supposed to be their main purpose was abysmal,” Smith said, “only 13 cents of every dollar that the IEA spent in 2020 was actually on representing their teachers.”

The Illinois Education Association is the largest teachers union in the state with more than 135,000 members. The organization didn’t immediately respond to a request for comment on Monday, a holiday.