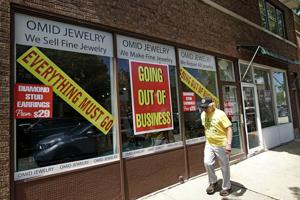 (The Center Square) – A new study looks at how Illinois and other blue states compare with red states in recovery jobs lost during the COVID-19 pandemic.

MoneyGeek’s study, “American Employment and the Pandemic: COVID-19 Cases and Job Recovery by State and Political Affiliation” found that 14 states fully recovered to jobs levels above those in February 2020, a month before the World Health Organization declared COVID-19 a global pandemic.

While many businesses have reopened since the early days of the pandemic, 5.3 million jobs are still missing. MoneyGeek analyzed employment and COVID-19 case data by state to find which states recovered the most jobs and what measures correlated with their success.

Illinois added just 2,500 jobs in the latest jobs report. The sluggish August jobs report comes after a strong performance in July, in which numbers show the state added more than 38,000 jobs.

The report shows as of July, red and blue states recovered the same percentage of jobs lost since the April 2020 low. However, blue states like Illinois lost more jobs than red states at the start of the pandemic, making it more difficult for them to recover jobs to pre-pandemic levels.

Gov. J.B. Pritzker kept business restrictions, including capacity limits, on the books for over a year. The governor said it was for the health and safety of Illinoisans. Some businesses didn’t survive. Using data from Harvard University, an analysis from the nonpartisan Illinois Policy Institute found that 35% of small businesses in Illinois were closed this past spring compared to before the pandemic.

The MoneyGeek study showed from April to December 2020, jobs recovered for red and blue states were comparable (12% to 11%, respectively). The study also found that cases and deaths per job recovered were similar for blue and red states, showing that the state’s different approaches to the pandemic didn’t yield meaningful differences in job growth and COVID-19 cases during the latter part of 2020.