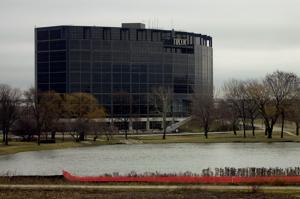 (The Center Square) – Illinois lawmakers want to know why the price of natural gas has skyrocketed and are calling for public hearings on the matter.

Consumers this winter could see gas utility bills up to 50% higher than last winter.

“It is important to understand why we have the high heating bills and also to see if there is anything that the legislature can do to lessen the impact on ratepayers,” Rezin said.

“Our February bill for gas, which we are currently estimating to be $4.6 million, and we believe $3.5 million of that we believe is due to price gauging,” Morton Mayor Jeff Kauffman said last winter.

Nicor Gas and Peoples Gas are under fire for multi-billion-dollar pipe replacement projects. A spokesman for People Gas said the pipe replacement work is necessary for safety and that the utility complies with state law.

“Some utilities actually have the ability to store natural gas here or in the area, which lessens the impact of the volatility of the natural gas market,” Rezin said.

Ameren said it has 12 underground storage fields that allow for the purchase of natural gas in the spring and summer for use in the winter. They add only about 30% of their supply is subject to price fluctuations due to their stored gas and hedging policy.

In 2013, the General Assembly allowed major gas utilities, including Nicor Gas and Ameren, to add the Qualified Infrastructure Plant surcharge to be passed onto consumers. According to CUB, in addition to the surcharge, Nicor, which has pursued numerous rate hikes in recent years, wants a $198.8 million increase to go into effect this winter.

CUB has launched an online help center to advise gas customers on how to soften the blow of the looming cost increases.