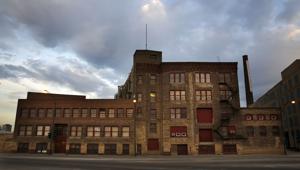 (The Center Square) – A new study shows the share of the Democratic presidential vote in Illinois and the rural Midwest has been declining.

And while the party’s struggles in the industrial Midwest are no secret, the report called “Factory Towns,” links the decline in the region that elected Donald Trump in 2016 to the deindustrialization that has weakened liberal parties elsewhere.

The report looked at 853 counties in Illinois and nine other states and found that the Democratic vote losses from 2012 to 2020 swamped by a 2 to 1 margin the gains Democrats made in big cities and suburbs.

John Pouland, from 21st Century Democrats, who commissioned the study, said the Democratic party has ignored smaller factory towns and it shows.

“Those are places historically that have been competitive and Democrats have done well in but in the last decade they have ignored them and suffered the consequences,” Pouland said.

Areas where the decline in manufacturing has been most damaging to Democrats. Illinois and the 9 other states included in the report have lost 1.3 million manufacturing jobs since the beginning of this century. In the small to midsize factory town counties in those states, where support for the Republican presidential nominee grew between 2012 and 2020, more than 70% suffered declines in manufacturing jobs.

With fewer well-paying industry jobs, the report notes the power of local unions declined as well, dampening a major part of Democratic political organizing in those areas.

Richard Martin, author of the study, said the future is bleak for Democrats if the trends continue.

“If things continue to get worse for Democrats in small and midsized, working-class counties, we can give up any hope of winning the battleground states of the industrial heartland,” Martin wrote.