Nonpartisan group calls for the end of gerrymandering | Illinois 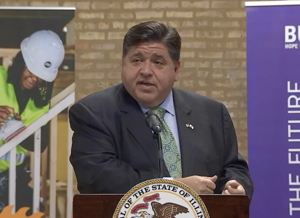 (The Center Square) – A grassroots organization is calling for the end of gerrymandering of legislative maps in Illinois and around the country.

In June, Governor J.B. Pritzker signed the legislative maps to govern elections for the next decade despite criticism from community groups who said they were ignored in the process. Pritzker, who while campaigning for governor promised to veto maps drawn by politicians, called for an independent, nonpartisan commission to create the districts.

“Illinois’ strength is in our diversity, and these maps help to ensure that communities that have been left out and left behind have fair representation in our government,” Pritzker said in a statement.

Democrats criticized Republicans for not submitting their own legislative maps, but they countered that it would go against their principle of not having politicians draw legislative maps.

During a news conference Wednesday, Jay Young, executive director of Common Cause Illinois, said lawmakers turned a deaf ear on public input during the process.

“What we initially heard was that the General Assembly really wanted to hear from the community,” Young said. “Unfortunately we found that they heard but didn’t listen.”

Common Cause is calling for the passage of the Freedom to Vote Act, which is a package of reforms including redistricting standards, citizen-funded elections and what the group says will close the revolving door between government and corporate interests.

They cite numerous states in addition to Illinois where extreme gerrymandering is taking place, including Indiana, Colorado and North Carolina.

“The Freedom to Vote Act is going to pass,” Young said. “These new standards that we are talking about are coming, and we need at the state level to act like they are coming.”

Illinois Republican leaders have filed a lawsuit arguing the state redistricting plan approved by the legislature is unconstitutional because it is based on census estimates rather than the official figures released in August. The Mexican American Legal Defense and Educational Fund filed another lawsuit on behalf of a group of registered voters protesting the same issue. The cases were consolidated and are pending.

“By helping to end extreme partisan and racial gerrymandering that erases voters’ voices, the Freedom to Vote Act will renew America’s trust in our democracy,” said Kathay Feng, national redistricting director at Common Cause. “Congress must swiftly pass it so we can address the partisan redistricting process taking place in our states right now.”

This Is the Most Educated City in Illinois | Illinois