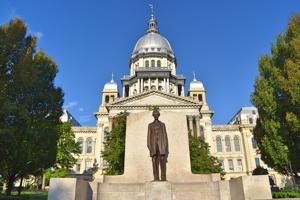 (The Center Square) – With billions of dollars available to restore the unemployment trust fund, Illinois has yet to take action.

States are permitted to use federal funding under the American Rescue Plan to replenish the fund to pre-pandemic levels, but thus far only $8 billion of the nearly $95 billion has been used.

States distributed at about 350% of their normal benefit payment levels from late January 2020 until now, exhausting their trust funds and in many cases forcing them to resort to repayable federal loans as Illinois did.

Jared Walczak, vice president of state projects with the Tax Foundation, said many states are ignoring the unemployment trust funds for other priorities.

“Fairly low-key but important priority than flashier things they can sell to the voters like grants and assistance and programs,“ Walczak said.

Illinois state leaders missed the Sept. 6 deadline to repay a $4.2 billion federal loan to the unemployment insurance fund, which leaves Illinois taxpayers picking up the $60 million tab for interest on the loan. Illinois is one of only 10 states paying interest on the debt.

Before the pandemic, the trust fund was at a surplus of around $2.2 billion, but that plummeted when the COVID-19 pandemic kicked in.

Illinois saw unemployment peak at over 16% in April 2020 as Gov. J.B. Pritzker closed businesses statewide to slow the spread of COVID-19.

Ben Gitis, associate director with the Bipartisan Policy Center, said if state leaders don’t replenish the unemployment fund, they may go another route.

“They can cut back on their unemployment benefits, either reduce the duration or limit how much benefits go out as a way of helping rebuild those trust funds,” Gitis said.

To date, 15 states have applied for federal funding to restock their funds. Even among the states that have used the funding, large amounts are often still unauthorized.

Gitis believes some states will eventually come to their senses and address the trust funds.

“I think that will probably happen,” Gitis said. “It is out there for them to use and without it, these states will be facing employers who will be paying higher payroll taxes.”