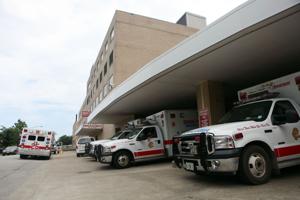 (The Center Square) – As the healthcare disparity between rural and urban areas grows, emergency medical services in rural areas are struggling to survive.

According to a policy brief from the National Rural Health Association, nearly one-third of the nation’s EMS agencies in rural areas face immediate “operational jeopardy.”

Low funding, typically from the county and fundraising efforts, for EMS agencies has led to low pay for workers and volunteers. Add in the fact that employees and volunteers are required to attend between six months and two years of schooling and training, some agencies are desperate for people.

Pat Schou, executive director of the Illinois Critical Access Hospital Network, said no area of the state is without an EMS agency at this time.

“We haven’t heard that any areas have been left uncovered, so that is not what the hospitals are seeing just yet, but we see it coming,” said Schou.

The NRHA said one of the largest contributing factors to the disparity in mortality rate from traumas, including an overdose, for rural residents is travel time and distance to trauma centers. Research finds rural residents are significantly more likely than non-rural residents to die following traumatic injury, and that disparity varies by trauma center designation, injury severity, and U.S. Census region.

Governor J.B. Pritzker vetoed a measure involving ambulance services that he said would harm some of Illinois’ most vulnerable patients. Ambulance companies, however, said the legislation was needed to prevent the growing paramedic shortage that they say is putting pressure on the health care system.

Lawmakers went around Pritzker and voted to override the veto. Illinois State Ambulance Association’s Chris Vanderberg said the bill ensures services are paid for, not by funds through managed care organizations, but by fee-for-service.

According to the NRHA, attracting new EMS staff and retaining current staff is critical to ensuring quality care for those who live in rural areas.

“One of the most efficient ways to attract new staff is to increase the supply of EMS staff from which to recruit through expanded training opportunities,” the policy statement said.