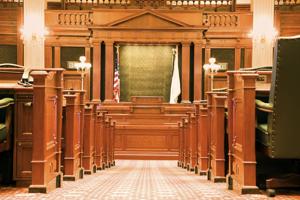 (The Center Square) – Lawmakers are proposing a task force to look into possible issues regarding immigrants and their right to legal counsel.

House Bill 25 would set up a government task force to oversee and determine if there are any issues for immigrants when seeking help from a lawyer.

One in seven people in Illinois is an immigrant, according to the American Immigration Council. Many have to pay out of pocket for legal services.

“Immigrants are not prohibited from having counsel,” Villanueva said. “However, it is at their own cost and immigration attorneys are very expensive, which can create issues.”

The task force’s job would be to determine what issues facing immigrants can be fixed.

State Sen. Jason Barrickman has been against the bill.

“The task force will have one of two outcomes, the first is that there is no impediment to obtaining counsel, or there is an impediment and it’s financial,” he said.

If the task force determines it is a financial issue, the money would have to come from the taxpayers, Barrickman said.

“What this would pose to taxpayers is diverting financial resources which otherwise be available to American citizens, to immigrants who can not afford counsel.”

The measure could come up again during the veto session this fall.