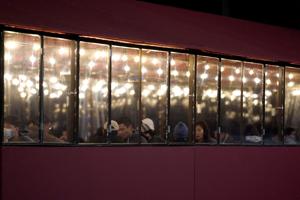 (The Center Square) – A judge may soon rule on if a restaurant’s challenge to the governor’s prohibition of indoor dining last year amid COVID-19 orders should be dismissed.

Last year, Gov. J.B. Pritzker issued a statewide stay-at-home order as the pandemic hit. After a phased in opening, in the fall he triggered different restaurant capacity limits for different areas of the state based on COVID metrics. In Kane County, he prohibited indoor dining for weeks.

FoxFire in Geneva sued Pritzker last fall. With many status hearings and even amended complaints by the restaurant, the latest motion to dismiss from the governor was heard this week.

Attorneys for FoxFire and Pritzker argued Wednesday in a virtual Sangamon County Court hearing before Circuit Judge Raylene Grischow regarding if the motion to dismiss was proper.

Early on, litigants discussed the original counts brought by FoxFire. Grischow said there are facts throughout that may be considered.

“[FoxFire attorney Kevin Nelson] brings up the quarantine statue, which I have been waiting for months and months for someone to bring up and no one has brought it up and finally now that I look at the facts on all counts, Mr. Nelson does raise that,” Grishow said. “Shutting down a business is a form of quarantine. … I think that is an issue that is ripe for argument.”

Pritzker’s attorneys said no specific allegation has been made by FoxFire and the governor had a reasonable right to limit activity during the pandemic.

“The governor has authority to control occupancy of premises,” Pritzker attorney Darren Kinkead said during the hearing. He also said the governor can control the sale of food and commodities.

He argued FoxFire has not proven a fundamental right was violated.

“Foxfire has been arguing that what has occurred here is tantamount to a full business closure … the indoor dining restaurant can’t do outdoor dining in the winter time,” Nelson replied, noting FoxFire doesn’t do carryout or deliver. “People don’t like eating a fine steak on cardboard.”

After the hearing, Nelson said in an interview the governor has attempted at least four different times to have the case dismissed.

“The Second District says ‘no, there’s a claim here, and here’s what a trial should look like,’ so the fact that the governor keeps trying to come back and get this entire case dismissed, not on the merits, but summarily dismissed is inappropriate, but that’s what they’re doing,” Nelson said.

Nelson said they’re getting discovery documents for if there is a trial, but there’s an impasse on getting substantive information. He told the judge 99.9% of the documents they’re getting from the governor through the discovery process are redacted or not pertinent to the case.

Brining finality to the case sooner than later is important, he said.

“Precedent is a slippery slope,” Nelson said after the hearing. “The governor shutdown indoor dining at restaurants for more than three months in Kane County and that has not been declared improper and then from there, because he thinks he can do that, then he launches into other various things that go further such as mask mandates in schools to who knows about vaccines.”

A status hearing is set for next month. The judge could rule on the governor’s latest motion to dismiss before then.