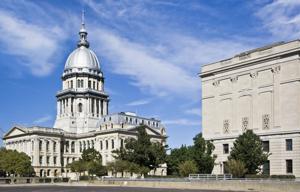 (The Center Square) – Money is expected to be a major factor in the upcoming race for Illinois governor.

In 2014, then Republican candidate for governor Bruce Rauner spent $36 million to unseat Democratic Gov. Pat Quinn. In 2018, Rauner spent around $70 million, but that was far less than J.B. Pritzker’s $160 million. Pritzker, now as governor, has given himself $33 million so far this cycle for his campaign.

Last week, state Sen. Darren Bailey was leading the GOP field in money with about $409,700.

“People have been burnt,” Bailey told WMAY when asked how he can match Pritzker’s millions. “People are kind of stepping back. You have to work a little harder to earn the money.”

Last week, Republican businessman Jesse Sullivan entered the race. The 37-year-old started a venture capital firm out of California and said in a campaign video he’s been running that firm from his native central Illinois farm home in Petersburg for the past five years.

All of Sullivan’s $11 million came from out-of-state donors.

“They don’t have a particular interest or benefit here in Illinois other than getting to see our politics nationally change,” Sullivan said after his campaign announcement Thursday. “They want a uniter who can actually change our divisive politics and so they put that trust in me.”

The money is necessary to take on a billionaire governor, he said.

Bailey said he doesn’t want to discourage anyone from running and sharing their story, but at the end of the day he said “if simply the status quo of money buying a seat is true then we are in a world of hurt not only here in Illinois but in this nation.

Businessman Gary Rabine has $287,300 on hand. Rabine said Sullivan is from Silicon Valley and doesn’t reflect the values of Illinois’ Republican party.

“To defeat Pritzker’s War on Families, Illinois will elect a candidate who is vested in the culture of small businesses and families in Illinois, not California,” Rabine said in a statement.