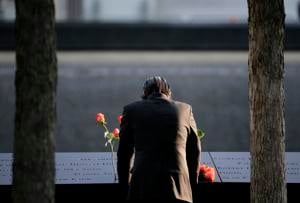 (The Center Square) – Saturday marks the 20th anniversary of the 9/11 terrorist attacks and colleges across Illinois are marking the day.

Many people remember where they were when planes descended from a crystal-clear blue sky and crashed into the World Trade Center, the Pentagon and a field near Shanksville, Pennsylvania.

Megan Hopper, a communications professor at Illinois State University, was a student when the attacks happened. She remembers covering a rally just two days later for the campus newspaper.

“During my time at ISU as a student and now being back as a professor, I have never seen it that crowded with students and community members and administrators and faculty and staff,” Hopper said.

“The Quad was filled with a sea of red, white and blue as several people waved American flags in support,” she wrote.

Hopper said she plays video footage of 9/11 news coverage for her students every year.

“They are immediately very attentive and often in disbelief that something like this could happen on American soil,” Hopper said.

A number of events are planned at Monmouth College to mark the day. Spokesman Duane Bonifer said the events are important because many of the school’s students weren’t born at that time.

“We have this huge event that have shaped so much of the 21st century, domestic policy, foreign policy, you name it, and a lot of our students don’t even have any recollection of it,” Bonifer said.

The school will be holding a service Saturday in front of its 9/11 memorial which has been located there for many years.

“What is amazing is that within a year after 9/11 happened, the class of 2002 raised money to build a memorial on campus,” Bonifer said.

Several events at planned at Northern Illinois University as well, including an educational exhibition of artifacts from the 9/11 Museum.

The University of Illinois in Champaign-Urbana is holding a 9/11 Memorial Stair Climb to honor first responders who sacrificed their lives in the Twin Towers with a similar event taking place in Springfield on Saturday.