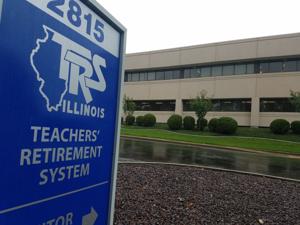 Patricia Hill grew up in Chicago’s Hyde Park neighborhood dreaming of one day owning a home. She and her husband accomplished that dream in 2003 when they moved to the suburb of Matteson to raise their two daughters. They bought a two-story home in a quiet neighborhood for $315,000. Her property taxes were $7,800 for 2004.

But Hill’s home is now worth less than she paid for it back in 2003. Meanwhile, her property taxes have done anything but decline. She now pays nearly $10,000 in property taxes.

“Everyone is in shock when I tell them the property taxes. They say it must be an error,” Patricia said.

Patricia is not alone. In the 1990s, Illinois property tax bills were around the national average. But in the two decades from 1999 to 2019, we’ve seen a massive 65% increase in residential property taxes, adjusted for inflation. That increase is what drove Illinois to having one of the highest tax burdens in the nation.

While the state is responsible for paying employer pension costs for teachers outside of Chicago, rising pension obligations mean more state dollars are spent on pensions, leaving more classroom costs for school districts to fund through property taxes.

The Teachers’ Retirement System, the plan that oversees retirement benefits for teachers and other educational workers outside of Chicago, is funded at 40% as of 2020. This means that for every $1 of promised benefits, the state has set aside only 40 cents to fund that promise.

Because the cost of these generous retirement packages has grown faster than existing government revenues can sustain, property taxes continue to climb.

While Cook County’s property tax system is designed to make commercial and industrial businesses pay a larger share of property taxes, in many south suburbs, business closures leave homeowners on the hook for more and more of the burden. Matteson has seen a Target, Walmart and Sam’s Club close in recent years.

“Lots of businesses have left. You’re a homeowner, so you’re left picking up the taxes that commercial piece of property used to pay,” Cook County Treasurer Maria Pappas told ABC 7 Chicago in August.

The high property taxes are driving many people to leave the state. But Patricia is not giving up.

“The most important thing is to find a group of people trying to make a change,” she said. “But people aren’t involved. They complain about it but they don’t do anything.”

Public pension reform received bipartisan support in 2013, but because of a decision by the Illinois Supreme Court, the only way to achieve meaningful pension reform for Illinois state and local governments is through a constitutional amendment. Will we ever see pension reform on the ballot in Illinois?

Although Patricia is not giving up, she has endured many sleepless nights over her massive property tax bill.

“This is supposed to be the American Dream for me and my family … I’m holding on to everything I can, but I’m losing because of this house,” she said. “It’s a nightmare.”

Patricia is willing to fight for her home, but she shouldn’t have to. Illinois’ inability to control spending and reduce long-term debt should never cost anyone their home.