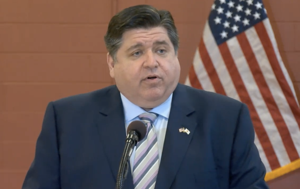 Senate Bill 685 creates the Domestic Violence Fatality Review Commission with the goal of reducing domestic violence fatalities. It also aims to address disparate practices with the systems that interact with victims, survivors and offenders.

“Identify gaps in the community’s services and consider alternate and more effective systemic responses in order to prevent future fatalities,” said state Rep. Maurice West, D-Rockford. “Instead of being reactive, we are being proactive.”

House Bill 3223 provides a number of trauma-informed support and protection measures for K-12 students who are survivors of sexual abuse or gender-based violence. The bill seeks to ensure students can stay in school and requires schools to have at least one staffer trained to respond to disclosures of domestic or sexual violence.

There were hundreds of school districts that opposed the bill when it was debated. The Illinois Principals Association urged a no vote, saying it would negatively affect schools on multiple levels.

“It ensures that one staff member at each school can help students and can help connect them to the resources they need to get help and healing,” said state Rep. Anna Moeller, D-Elgin.

The law also adds that a valid cause of absence from school includes issues specifically related expectant parents, parents or victims of domestic or sexual violence. The law takes effect on July 1, 2025.

House Bill 3485 allows the Illinois Supreme Court to implement a program to issue Hope Cards to survivors of domestic violence. State Rep. Denyse Stonebeck said the card will be something simple for anyone who may need show evidence of a protective order.

“These laminated cards are far less likely to degrade or to be lost over time, and are much more convenient for victims of domestic violence,” said state Rep. Denyse Stonebeck, D-Skokie.

House Bill 3484 allows a party in divorce proceedings to request that the opposing party pay an allowance for an initial retainer fee to hire an attorney as a form of interim fees.

House Bill 3582 expands the Illinois Victim’s Economic Security and Safety Act to benefit survivors of violent crime. With the law, survivors may take up to 12 work weeks of unpaid time off during any 12-month period.

“This new measure will ensure that all survivors of crimes of violence and their family members, in addition to survivors of domestic violence, sexual violence, and gender violence, can receive unpaid, job-guaranteed leave and collect voluntary leave benefits, and receive reasonable accommodations and protections from discrimination or retaliation in the workplace,” said state Rep. Robyn Gabel, D-Evanston.