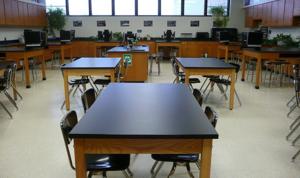 (The Center Square) – A school board member in Illinois who is also a doctor says state regulators are threatening his medical license over his criticism of the mask mandate in schools.

Emails to a state Senator obtained by The Center Square indicate a medical investigator requesting from Dr. Jeremy Henrichs “A detailed statement on your opinion about masks, and weather you support and will enforce a mask mandate based on your elected position as a school board member?”

In a provided statement, Henrichs said: “I have considered authoritative medical evidence that questions the necessity of mandatory masking in our schools.” He didn’t provide the evidence in the statement.

“As a result, the [Illinois Department of Financial and Professional Regulation] has threatened my medical licensure unless I expressly support and enforce a mask mandate for all students,” said Henrichs, who sits on the Mahomet-Seymore Board of Education. “The [IDFPR] has commanded me to ‘toe the line’ or suffer personal and professional consequences.”

A spokesperson for the IDFPR didn’t immediately return a message seeking comment on Wednesday.

In a separate email, a state medical investigator, whose name was redacted from the email, said a complaint “appears to be a parent or concerned citizen who did not agree with the doctor’s opinion on the masking motion for schools.”

“That would fall under the unprofessional conduct part of the medical practice act,” the email said. “What the medical disciplinary board wants to know is if the doctor will support and enforce the mask mandate by the Governor.”

The department’s “actions constitute a direct threat from the state to the well-being of my family and all board members to freely and independently exercise the duties of elected office,” Henrichs said in a statement.

“As an elected member of the Mahomet-Seymour Board of Education, I acknowledge and take seriously my duty to acquire and critically appraise all pertinent information, data, and evidence used to inform my decisions regarding the educational environment provided by the school district.”

Hernrichs’ statement included a prognosis of the situation.

“The health of our student body is something I place first in my public role,” he said. “However, the health of our democratic system is dead if we tolerate the intimidation targeting me and chilling the independence of innumerable other elected public officials.”

Henrichs didn’t immediately respond to a request for further comment.