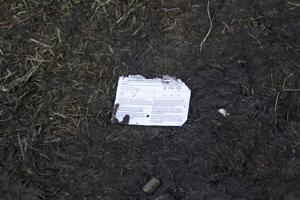 (The Center Square) – More businesses and schools are requiring proof of COVID-19 vaccination, but scammers have stepped up to take advantage by selling counterfeit vaccine cards.

FBI spokesperson Jillian Kaehler says using a fake COVID-19 vaccination card or selling one can land you in prison.

“Utilizing fake cards or creating them potentially results in wire fraud charges as well as the abuse of a government seal,” Kaeler said.

“If someone is multiplying cards and making bulk amounts of these cards, that is a lot of money in fines that can add up very quickly, as well as additional prison sentences,” Kaehler said.

In July, a California doctor was arrested by the FBI for selling fake COVID-19 vaccine cards, Kaehler said.

Counterfeiting a COVID-19 vaccine card is a felony because it involves tampering with an official government seal.

“It all comes down to people taking advantage of that government seal, which carries a lot of trust. We do not want to see the unauthorized use of that seal,” Kaehler said. “People who are faking vaccine cards – creating them and duplicating them – that is a crime, and we will not stand for that.”

The FBI is also warning people not to take pictures of their vaccination cards and post the pictures on social media.

“They contain a lot of personal information, such as your date of birth and your insurance. That can all be used to steal your identity,” Kaehler said.