Legislation would require some landlords to accept more pets | Illinois 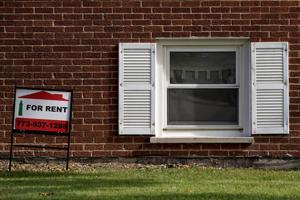 SB 154 would allow tenants to have two cats or one dog under 50 pounds at housing providers who receive funds from the Affordable Act Trust Fund. They would also not be able to prohibit dogs because of their breed.

State Sen. Linda Holmes, D-Aurora, was one of the cosponsors of the bill. She said the legislation addresses a problem for renters who may have to give away or surrender their pet to a shelter because the pet is prohibited under the landlord’s policy.

Ledy VanKavage, an attorney for the Best Friends Animal Society, said the No. 1 reason a dog goes to a shelter is because of housing issues.

“We’re trying to keep pets with their families and we think this is good for people and will save tax dollars by keeping animals out of shelters,” VanKavage said.

Timms said the law would place restrictions on those who don’t have pets and make it difficult for them to find a property that doesn’t have pets.

The bill also says housing providers will not be liable for injuries caused by a renter’s pet, except for willful and wanton misconduct.

If signed into law the legislation would go into effect on Jan. 1, 2022.