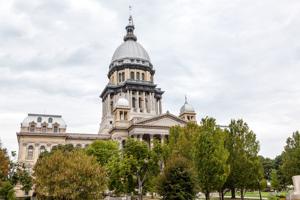 (The Center Square) – The combined state and local sales tax rate in Illinois ranks among the highest in the county.

That’s according to research conducted by the Tax Foundation, an independent tax policy nonprofit, which looked at a population-weighted average of local taxes in addition to the statewide rate. The average combined sales tax rate in Illinois is just over 8.8%.

“That has been in place for a while, where the rates have been high in Illinois in part because of how the state spends its money,” said Katherine Loughead, senior policy analyst with the Tax Foundation. “We have seen a lot of increases in tax rates in Illinois, the gas tax and other excise taxes in particular.”

The statewide sales tax rate of 6.25% is thirteenth-highest in the country, while the population-weighted average local tax rate is 2.58-percent, ranked seventh. All bordering states have sales tax rates that are lower overall than in Illinois.

“In most of the state, it’s not to the level where it’s really problematic,” Loughhead said. “But Wisconsin has one of the lowest combined rates in the nation.”

Illinois’ combined taxes are seventh-highest in the country, while Wisconsin, at roughly 5.4%, ranks 43rd.

“In particular, Chicago residents do have an incentive in the tax code to look for lower sales tax jurisdictions if they want to make larger purchases,” Loughead said.

When including local taxes, Chicago’s 10.25% sales tax rate is nearly double what would be charged in Wisconsin.

“Technically, if you’re going to bring them back to Chicago, you do owe use tax, but most people are unaware of that,” Loughead said. “So they go to lower tax jurisdictions in order to take advantage of those lower rates.”

Tennessee and Louisiana have the highest rates in the country, while five states do not have statewide sales taxes. Those are Alaska, Delaware, Montana, New Hampshire, and Oregon.