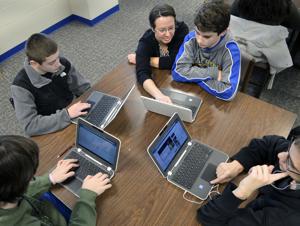 (The Center Square) – Gov. J.B. Pritzker has signed legislation that amends the state’s school code to include a media literacy unit in the existing computer literacy curriculum.

State Rep. Elizabeth Hernandez, a Democrat, filed the bill. Some Republicans opposed the bill, concerned that it would lead to school boards picking what media outlets are reputable.

State Sen. Karina Villa, a Democrat and chief Senate sponsor for the new legislation, said that while students are online more than ever, they are still vulnerable to misinformation.

“The internet has become the main public square for young people, they debate and discuss politics and news but are also vulnerable to miss information,” Villa said.

The new legislation will be an addition to an already required computer literacy class, Villa said.

“Because this legislation is required for all schools across the state, the requirement from HB 234 to add media literacy can easily be added to the already required computer literacy course,” Villa said.

State Rep. Adam Niemerg, a Republican, opposed House Bill 234. He called it an “anti-Trump, anti-conservative” reactionary bill, which he said is an attempt by the left “to get into our school systems at a young age and teach them the means of mainstream media.”

The Illinois Press Association and the Illinois Association of School Library Educators along with dozens of schools filed witness slips in support of the measure in May.

The legislation went into effect immediately throughout the state.