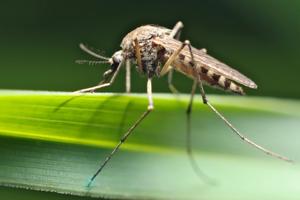 (The Center Square) – The state is witnessing a later emergence of mosquitos throughout the state after a dry May and unusually wet June.

The total rainfall in June ranged from 3 inches in the far northwest and 12 inches in central Illinois. Areas between St. Louis and Chicago were between 1 to 5 inches wetter than an average June, according to the University of Illinois State Climatologist.

The heavy rain has caused a later emergence than usual for the Flood Water Mosquito, a mosquito that breeds in small bodies of water, said Chris Stone, the director of the Medical Entomology Lab at the University of Illinois.

“When you have a very heavy rainfall event like we have seen here in Illinois over the past couple of weeks, it’s not unusual that after that you would see large numbers of mosquitos.” Stone said.

The heavy abundance of mosquitoes has left Illinoisans seeking ways to help combat the insects.

“So to deal with flooding is around another $50,000 every time we get another big rain event,” he said.

Illinois has more than 8,000 units of government – more than every state in the nation – including school districts, library districts, lighting districts, water districts, townships, and mosquito abatement districts. Critics say the number of taxing bodies in the state drives up the cost of property taxes. Proponents say small taxing bodies are more responsive to the residents they serve.

Another way citizens are protecting against mosquitos is by hiring private companies to go and spray their yards. Mosquito Squad lists a $3,000 price on their website for an installation of a mosquito repellent system.

While the Flood Water Mosquito does bite and will cause itching, they do not carry serious diseases such as West Nile.

“These mosquitoes are mostly a severe nuisance, but they are not known to transmit any harmful diseases like West Nile,” Clifton said.

The Center for Disease Control details tips on its website to help deal with mosquito bites. The CDC advises people to wear long sleeves and pants when possible and to always wear insect repellent.