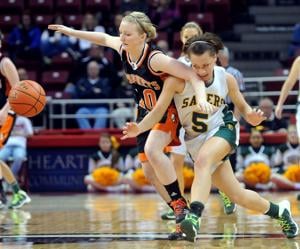 Gov. J.B. Pritzker has signed a bill into law that allows student-athletes to make their athletic uniforms more modest for religious or cultural reasons.

State Rep. Will Guzzardi’s House Bill 120 amends the School Code and gives the governing boards of each school district the ability to allow sports uniform modifications for modesty for religious and cultural reasons.

The new legislation allows student-athletes to consult with their school board rather than having to file a complaint with the Illinois High School Association, which governs most interscholastic sports in the state.

State Sen. Laura Murphy, D-Des Plaines, said the law makes it easier for students to make changes to their uniforms.

“A lot of people felt they had a mechanism to address the issue because they would petition to the IHSA, but now this will save time and the school board can make the decisions,” she said.

Safety will always be first in youth sports. Illinois Athletic Officials Advisory Committee member Mike Skarbis said that from an official’s perspective, the modifications “will not affect player safety or hinder the officials’ ability to do their jobs”

Daniel Goodwin, executive director of public affairs for the Jewish United Fund, said in a statement to Fox Illinois that many Jewish students have had to skip out on sports because of religious issues involving uniforms.

With the new law, those students will now have the ability to alter their uniforms and join teams.

“We thought it was important that not just Jewish athletes, but athletes of any religion that feel the need, because of their religious beliefs, to follow those modesty laws,” Goodwin said. “There should be a way to enable those athletes to do so.”