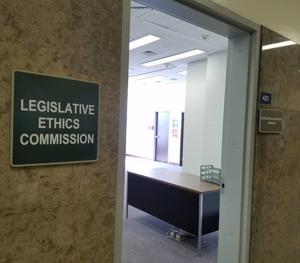 (The Center Square) – The Illinois state legislature will have to start looking for another watchdog to police them after Legislative Inspector General Carol Pope said the position is “essentially a paper tiger,” and announced she’s going to leave the post in December.

In a letter to members of the bipartisan Illinois Legislative Ethics Commission Wednesday, Pope said she hoped to make a difference from the inside and improve the public’s view of the legislature by bringing true ethics reforms.

“Unfortunately, I have not been able to do so,” Pope said. “This last legislative session demonstrated true ethics reform is not a priority. The LIG has no real power to effect change or shine a light on ethics violations, the position is essentially a paper tiger.”

One of the members of the commission that lead her appointment process reacted.

“Inspector General Pope has done an exceptional job in her role,” said state Rep. Avery Bourne, R-Morrisonville, a member of the Legislative Ethics Commission. “Getting to lead her appointment process was one of the accomplishments I am most proud of throughout my time in the legislature.”

“I would like to thank her for her service to the people of Illinois and I am sad to see her resignation and her term cut short,” Bourne said. “I’m grateful she has in part used this role to highlight the important changes that must be made to further empower her office and truly reform the ethics act in Illinois. Let LIG Pope’s departure serve as a strong message to the Governor, Senate President, and House Speaker: your inaction on these basic proposed reforms is protecting politicians who violate the public’s trust.”

Another member of the commission, state Rep. Maurice West, D-Rockford also reacted to Pope’s letter when asked for comment.

“I thank Inspector Pope for the work that she’s done and I’m concerned that we did not meet the moment for true ethics reform that will improve trust in State Government,” West said. “Upon reading her resignation letter, my response is that I am committed to working on the issues that she mentioned, even if they are not popular – because they are the right policies to put in place.”

The LEC is made of two Democrats from each the Illinois House and Senate and two Republicans from each chamber.

Pope took the job in early 2019 after a year’s long vacancy was filled by an interim inspector general.

She laid out how more than a year ago, in February 2020, she raised several potential reforms to the Joint Commission on Ethics Reform but “All of the items I talked about are still unimproved today, except for being able to initiate an investigation without prior approval by the LEC.”

Other issues she said are unresolved include “having the ability to issue subpoenas without approval, mandated publication of founded summary reports concerning legislators, the ability to publish reports that vindicate legislators, the incongruent jurisdiction between the LIG and the LEC and proving for the appointment of a nonpartisan citizen to serve as the ninth member of the LEC to avoid strictly partisan 4-4 votes,” she wrote. “None of these reforms were adopted.”

Pope further said legislators further restricted the LIG’s jurisdiction this past session by requiring the filing of a complaint before the LIG can undertake an investigation.

Ultimately, Pope said she can’t be as effective as she hoped when she took the job and will continue to serve while a search for a replacement begins, or until Dec. 15, 2021, “whichever comes first.”

“If you prefer I vacate the office while you search for my replacement, that is fine too,” Pope said. “I am willing to assist my successor with the transition.”