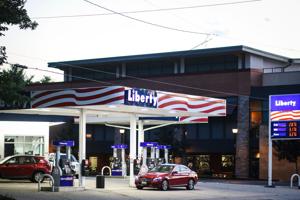 (The Center Square) – A recent poll of Illinois voters found the vast majority were concerned about the rising price of gas and that people are changing their habits to avoid it, even if it makes their lives more difficult.

Two years ago, Illinois’ gas tax doubled from 19 cents to 38 cents a gallon. Automatic increases in the past two years tied to inflation increased the tax by another 1.2 cents per gallon.

Cor Strategies polled more than 1,000 people with a margin of error of around 3%. Collin Corbett said not surprisingly, about 77% are at least somewhat worried about increased gas prices. They also found 49% are changing their summer travel plans because of Illinois’ increased gas tax.

“People will typically say, ‘oh, I don’t like blank,’ and then you say ‘well what will you do about it,’ ‘well, nothing really, there’s nothing you can do,’” Corbett told WMAY. “To see a number like 49% that people are going to alter their behavior, especially if it will make their life worse, that’s really uncommon in this world.”

The negative reactions to the state’s increased gas tax were more acute when looking at those in border communities.

“You see that Illinoisans are looking to greener pastures in surrounding states, which is never good for our economy and it’s never good for our state when we force our own residents to look across the border and go ‘hmm, things might be better over there,’” Corbett said.

“Even when told that it has a benefit, that it’s for transportation, so we gave them the other side of this which is, ‘you do get a benefit from this,’ but yet even still the majority of even Democrats say ‘heck no, we’re done with these taxes,’” Corbett said.

“The fact that the opposition is as high as it is when this poll is driven mostly by Democratic respondents, it shows you the level of opposition there is to these gas taxes and to any consideration of even more taxes on our gas,” Corbett said.

And while the poll was primarily taken from people in and around Chicago, Corbett said the results could be extrapolated across the state.

The doubling of the gas tax with annual increases tied to inflation was part of a 2019 bill that passed with bipartisan support. In 2019, Illinois drivers collectively paid nearly $1.4 billion in motor fuel taxes. They paid around $1 billion more each of the two following years.