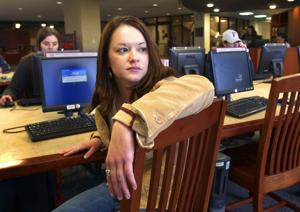 (The Center Square) – As Illinois colleges get vaccination plans in order for the fall semester, one school is taking it a step further.

Illinois State University in Normal will be offering $1,000 scholarships to 100 students who submit proof of vaccination before the first week of class on August 16.

“We felt the incentive program, specially targeted toward students, is going to be helpful in providing them some extra incentive to get vaccinated,” said Eric Jome, director of media relations at ISU.

An additional 75 students will win $100 in “flex dollars” which will be added to their Redbird ID card account to spend on things like food on campus.

Like ISU, Southern Illinois University is not requiring students to be vaccinated to attend classes.

“Students who do not have proof of vaccination will be required to participate in regular on-campus testing programs,” said Jome.

Northern Illinois University reversed an earlier decision and will now require students to be vaccinated. In May, the school announced it was voluntary, but in June, officials changed university policy.

“The science continues to show that the vaccines are safe and effective in not only protecting against COVID-19 but in reducing its severity and limiting its transmission,” NIU President Lisa Freeman said in a statement. “The benefits to our student’s health and well-being, as well as the communities in which they live, learn and work are clear and warrant that we take this action.”

Several 4-year Illinois colleges have announced that all returning students to campus would be required to be vaccinated, including Eastern Illinois University, Loyola University, Northwestern University, and all three campuses at the University of Illinois.

Vaccines are not a new concept on college campuses. It is commonplace to see vaccine mandates for diseases such as measles and tetanus to attend school.

According to the American College Health Association, more than 300 universities will require students to be vaccinated before returning to campus this fall.