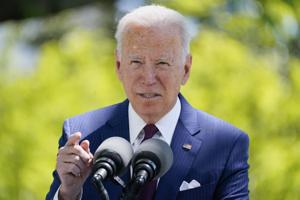 (The Center Square) – President Joe Biden will be making his first stop in Illinois since taking office.

According to the White House, Biden will be in suburban Crystal Lake on Wednesday to talk about the American Families Plan, which includes $1.8 trillion in investments and tax credits for families and children over 10 years old.

In a statement, Kristina Zahorik, chair of the Democratic Party of McHenry County, said Biden would be visiting McHenry County College.

“The event is not a political event,” Zahorik said. “We are excited, however, that the president is highlighting our great community college and thank him and our Illinois Democratic delegation for supporting building back better with investments in the American Rescue Plan, the American Infrastructure Plan, and the American Family Plan.”

The president has been making stops around the Midwest, trying to sell voters on the economic benefits of the nearly $1 trillion infrastructure package and other platforms. He visited La Crosse, Wisconsin, last week, hoping to strengthen the bipartisan agreement with the promise of millions of new jobs.

Biden announced on June 25 that he had reached a deal with 11 senators, telling reporters at the White House, “We have a deal.”

On Saturday, Biden visited a cherry farm near Traverse City, Michigan, where he spoke about his immigration plans and the COVID-19 pandemic.

The White House has yet to announce a time for the president’s Illinois visit on Wednesday.