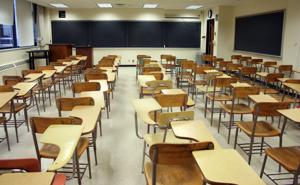 (The Center Square) – Illinois receives failing grades in a new report on U.S. history and civics standards in the state.

The study recommends a complete revision of the K-12 standards, which are described as completely inadequate.

“Illinois is just taking a very, shall I say, brief approach to laying out expectations for students and teachers and the state,” said Amber Northern, senior vice president for research at the Thomas B. Fordham Institute, which conducted the research. “What kids are expected to know in civics over 13 years is two pages long. Same story in history. It’s two pages long over 13 years.”

The Thomas B. Fordham Institute is a nonprofit that promotes educational excellence for every child in America through quality research, analysis and commentary, according to its website.

“The story with Illinois is its vacuous and vague standards, written to not offend anyone nor to give any guidance to civics and us history teachers who are in the position of trying to figure out what kids should be learning in these subjects,” Northern said.

When it comes to high school civics, the report notes that “crucial concepts such as separation of powers, checks and balances, popular sovereignty, representative government, federalism, and judicial review are omitted entirely.”

Northern says the information that is laid out on those pages of standards also provide insufficient guidance for educators at all levels and are so general as to be useless to teachers and parents.

Illinois is one of ten states in the report to receive an “F” grade for both history and civics standards.

A recent Illinois law does mandate that before high school, public schools must teach students about contributions to state and U.S. history made by lesbian, gay, bisexual and transgender people. Meanwhile, a measure on the governor’s desk would make Illinois the first state to require Asian American history to be taught in public schools, beginning in the 2022-23 school year.

Northern says the specificity of those regulations stand in stark contrast to the current civics and history standards in the state.

“Right now, there’s not one name, person, place or event mentioned,” Northern said. “If they go the route of just zeroing in on these particular groups and events that the legislators have just passed, then you may end up with very lopsided history standards that don’t cover the breadth of U.S. history.”

Alabama, California, Massachusetts, and Tennessee received the highest marks in the report, which can be found in full on the Fordham Institute’s website.