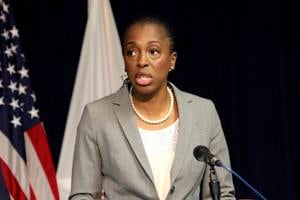 (The Center Square) – Taxpayers have paid the bill for COVID-19 contact tracers that one observer says hasn’t worked for a number of reasons.

The state has spent around $230 million on what officials said is an army of contact tracers to track the spread of COVID-19. Wirepoints founder Mark Glennon said the program hasn’t worked as intended.

“A widespread pandemic like this, it expanded so rapidly that they couldn’t hire enough people immediately, an army of contact tracers is what they said they needed,” Glennon told WMAY. “So at the initial stages they just didn’t have the people.”

Many counties that got funds for contact tracing used the funds to also pay health navigators for those who were in quarantine for having the virus.

“Some of them reportedly are being kind of repurposed now because they don’t have as much contact tracing to do but a lot of them are dedicated contact tracers only with these long term contracts,” Glennon said.

The pay in the Chicago area he said can be up to $25 an hour.

Glennon said there are other problems with the concept, and that’s getting people to cooperate when they get the call.

“You’re asked to identify other people with whom you’ve been in contact,” Glennon said. “Well some people have very serious privacy concerns about this.”

He said he worried if the Delta variant spreads as some predict, there’ll be continued problems in some parts of the state.

“It’s thought to be the case that it will appear in rural communities where the vaccination rates have been low,” Glennon said. “Well, those little contact tracing there will get overwhelmed again.”

The Illinois Department of Public Health reported for the entire week last week there were 2,120 new cases of COVID-19 with just 105 Delta variants statewide.