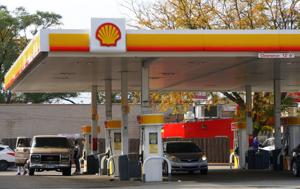 (The Center Square) – The gas tax in Illinois is set to increase once again, two years after lawmakers doubled the motor vehicle fuel tax to pay for a six-year infrastructure plan.

Each gallon of gas in Illinois comes with a 39.2 cent state tax per gallon, which is on top of the 18 cents per gallon federal gas tax. State and municipal sales tax is also included, making Illinois one of the few states that include sales tax in addition to a state tax.

In 2019, Illinois lawmakers and Gov. J.B. Pritzker doubled the state’s gas tax from 19 cents per gall to 38 cents per gallon and included annual increases to avoid voting for future tax hikes.

Adam Schuster, senior director of budget and tax research for the Illinois Policy Institute, said lawmakers should repeal the gas tax and be required to vote on all future increases.

“The first thing Illinois needs to do is repeal the automatic increases, if politicians want drivers’ money, they should have to make a case as to why and should have to be held accountable at the ballot box,” he said.

The average driver will pay more than $105 per year extra this year compared to before the gas tax doubled in 2019, according to the Illinois Policy Institute.

Lawmakers to doubled the gas tax in July 2019 to pay for road and infrastructure improvements throughout the state.

“The way we allocate dollars in Illinois sounds fishy because it is fishy,” Shuster said.“It is not transparent and they don’t give Illinoisans reasons for why they choose certain projects, they just ram through projects with little input from citizens. Projects need to be for the roads and not flashy decisions lawmakers can then go tout during re-election.”

Illinois has the highest gas prices in the midwest region at $3.31 per gallon compared to $2.75 in Missouri and $2.91 in Wisconsin, according to the Illinois Policy Institute.