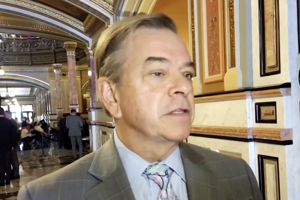 (The Center Square) – A survey shows Illinois business owners were less optimistic in May for the near future because of the ongoing labor shortage.

The National Federation of Independent Business index dipped in May after a record high 48% of owners reported unfilled job openings.

“It is disappointing for our members that the folks that run the state from a political and governmental standpoint haven’t done something to address that,” said Grant.

Enhanced federal unemployment benefits have been blamed for keeping potential workers on the sidelines. Twenty-five states have ended the program, trying to encourage more people to reenter the workforce.

Pritzker was asked in May whether Illinois would be ending the benefits early, and he indicated not likely.

“Our job here is to make sure we’re creating jobs and helping people to rebuild the lives they had before the pandemic, and so we’re not going to pull the rug out from under people,” said Pritzker.

The index also showed that job creation plans over the next three months rose to a net of 27%, up six points, and owners expecting better business conditions over the next six months fell 11 points to a net negative of 26%.

Grant said he has heard from members that have been forced to cut hours because of the lack of available employees.

“Ironic and sad at the same time that last year at this time we had COVID that was keeping our businesses from being open, and now when they can open up fully, they’re having a tough time keeping the hours because they don’t have the staff,” Grant said.