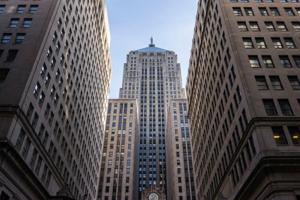 (The Center Square) – Every year, states across the country compete with each other for people and their wealth as Americans move between states.

It appears Illinois is losing that battle.

The nonprofit Wirepoints reviewed domestic migration data from 2019 provided by the Internal Revenue Service and found that Illinois was the third-worst with a net loss of $6 billion and 82,000 people.

“The money that they take with them based on the base incomes in the state, Illinois was the worst,” Dabrowski said. “Third worst for people and the worst for losing money.”

Many have theories as to why people have been moving out of Illinois to other states for years. Weather, government corruption and high taxes usually get mentioned.

For states with the lowest taxes, an average of four people moved in from other parts of the country for every one person who left over the last eight years, according to a report from real estate brokerage Redfin.

According to the report, Illinois and New Jersey are both among the top four states in the country in terms of both taxes and the number of people moving away.

It appears the revenue and population loss is not a one-time thing for the Land of Lincoln. Wirepoints research shows Illinois has lost residents and AGI every year since 2000.

Dabrowski points out the problem with chronic outflows, like in the case of Illinois, is that one year’s losses don’t only affect the tax base the year they leave, but they also hurt all subsequent years.

“When you look at the actions of the Illinois legislature, they aren’t doing anything to solve the problems, so people are left with one choice, stick it out and suffer in Illinois or move to another state,” Dabrowski said.