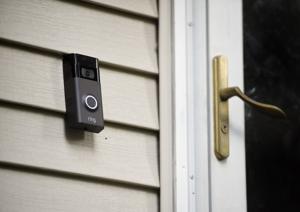 (The Center Square) – Lawmakers passed a measure that would create the Home Privacy Act requiring law enforcement to get a search warrant to access in-home technology such as doorbell cameras and smart speakers.

House Bill 2553, which was initially filed by state Rep. Ann Williams, passed both chambers and could soon be sent to Gov. J.B. Pritzker’s desk.

For House Bill 2553 to pass, a joint effort was required by multiple parties. The ACLU and the Illinois Sheriffs Association along with lawmakers worked together to determine the correct language in this bill.

Illinois Sheriffs’ Association Executive Director Jim Kiatschuk said being able to access this information would be helpful in emergencies.

“The issue was that at first, the bill didn’t allow for extraordinary circumstances like a murder or kidnapping where police need to access that footage right away,” Kiatschuk said.

After some initial pushback from lawmakers, both sides were able to agree on the protocol for emergency scenarios.

“We got some help from legislators in being able to push this request through, lawmakers recognized it would hinder some investigations and law enforcement’s ability to do their jobs,” Kiatschuk said.

Peter Hanna of the ACLU has urged Pritzker to sign House Bill 2553 right away.

“This is an important piece of legislation, especially right now,” he said. “We would urge Governor Pritzker to sign this bill into law at his earliest convenience.”