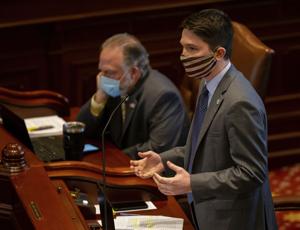 (The Center Square) – A bill providing legal protections for a person who reports a drug overdose is headed to the governor’s desk.

The Illinois Senate Saturday passed “Alex’s Law” by a 40 to 16 vote. The bill’s sponsor, state Sen. Laura Ellman, D-Naperville, said the legislation is about saving lives by ensuring that people who seek emergency assistance for an individual experiencing symptoms of an opioid overdose will not be arrested for any crime related to the use of drugs at the scene.

“If somebody seeks medical attention for someone who is overdosing, it won’t affect their pretrial release or furlough so long as evidence of a violation was acquired as a result,” Ellman said.

The bill was inspired by 25-year-old Alex Green of Naperville who died of a fentanyl overdose in 2018. Green was with others at the time of his overdose, but they dropped him off at a gas station and fled fearing persecution. Officers who arrived on the scene were not able to identify what had happened until it was too late.

State Sen. Steve McClure, R-Springfield voiced concerns that a person who supplied the drugs to another person who overdoses could be immune from prosecution.

“To me, this is an easy way out for someone who commits a horrible mistake, or does something unintentionally horrible, and then calls 9-1-1, then essentially they are not going to be able to be punished for that,” McClure said.

“Nothing in this section is intended to interfere with, or prevent the investigation, arrest or prosecution of any person for the delivery or distribution of cannabis, methamphetamine’s or other controlled substances,” DeWitte said.