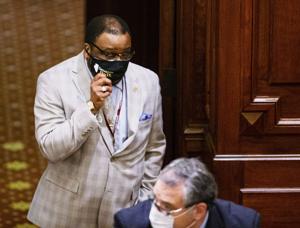 (The Center Square) – Opposition is growing against a bill that could disrupt in-person instruction at public and private schools during any type of future emergency.

House Bill 2789 could potentially encourage complaints against schools for arbitrary infractions of health rules, provides possible penalties against schools, and allow the state to become involved in the operations of private schools, opponents said.

The bill’s sponsor, Christopher Belt, D-Swansea, said the legislation was designed to get all Illinois school districts on the same page during an emergency.

The potential for the state to become involved in the decision-making for every school in Illinois is being pushed by teacher’s unions, but has also generated more than 7,000 opponents, including the Illinois Department of Public Health.

Private school leaders have also expressed alarm at the legislation, noting the bill appears to permanently replace local decision-making regarding school procedures with a single set of standards set forth by the state.

“Private schools in this state that receive virtually zero dollars of tax funds in their operation to come under this particular piece of legislation, and have dictated to them how they should be dealing with these issues is egregious to many of my constituents,” state Sen. Don DeWitte, R-St. Charles, said.

During a Senate Executive hearing Thursday, DeWitte noted that nearly all private schools in his district handled the pandemic just fine and kept classrooms open.

The bill includes a process to allow for complaints against a school district to be investigated by the Regional Office of Education. Bob Gilligan, director of the Catholic Conference of Illinois, said that determination should remain at the local level.

The bill passed out of a Senate committee Thursday by a 10 to 6 vote, but a majority of those voting in favor said the legislation still needs work.

State Sen. Jason Barickman, R-Bloomington, voted no. He said the bill goes against the CDC’s recommendations of allowing local authorities to make decisions about schools.

“This legislation not only is unnecessary, but appears to put students in harm’s way by putting Illinois students in contrast with the CDC guidelines,” Barickman said.

Biden on fast pace for getting federal judges confirmed – but will he match Trump?