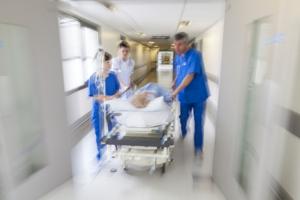 Senate Bill 72 is a detrimental piece of legislation that is currently sitting on Gov. J.B. Pritzker’s desk. If signed into law, SB 72 will be crushing for both the small business community as well as the Illinois health care industry at-large – both of which are already struggling to recover following the devastating impact of the ongoing COVID-19 pandemic. As such, Pritzker should make the right choice and do what’s best for all Illinoisans and veto SB 72.

SB 72 is a revised version of House Bill 3360, an even more dangerous piece of legislation that Pritzker vetoed a few months ago. House Bill 3360 proposed an increase in litigation costs for Illinois employers and health care workers – up to 9%, an amount far higher than any other state. Luckily, Pritzker acknowledged this preposterous amount in his veto message of House Bill 3360, in which he stated that “the proposed 9% flat rate is higher than many of these market-based rates adopted by other states.” Additionally, the veto message stated: “HB 3360 would be burdensome for hospitals and medical professionals beyond the national norm, potentially driving up healthcare costs for patients and deterring physicians from practicing in Illinois.”

Thus, Senate Bill 72 was quickly compiled and proposed as a “compromise” in light of Pritzker’s veto. And while Senate Bill 72 reduced the amount of interest charged from 9% to 6%, this number is still outrageously higher than the national norm. Further, Senate Bill 72 does little to address the bigger problem that Pritzker himself stated in his veto message of House Bill 3360, which is that this increase in costs comes at a time when hospitals and businesses are barely staying afloat amid the pandemic. Simply put, Senate Bill 72 is not a compromise by any means and must be vetoed accordingly.

Unfortunately, this type of anti-business, anti-health care legislation does not come as a surprise to us Illinoisans, as we have been seeing an increase in these sort of efforts for years. What is surprising, however, is the timing of it all.

For over a year now, health care workers have been fighting on the front lines of COVID-19. As we all know, this was something we had never seen before. We’ve lost patients, and sadly, many have lost their lives. As for small business owners, 2020 was far from kind to them. The COVID-19-led shutdowns forced many local Illinois businesses to permanently shut down, while the rest were left to fight tooth and nail to survive. In fact, many still are.

What the business and health care community need more than ever is support from their lawmakers, and the protection they deserve against the ridiculous type of litigation that Senate Bill 72 – and many other Illinois laws – incentivize. Instead, state lawmakers seem to be determined to do the opposite and continue to propose legislation that will only serve to harm these incredible, hardworking communities.

We must work together to find solutions for our state’s litigious environment, as Illinois is now known to be an extremely unattractive place to work in the health care industry. As a doctor, I’ve seen the damage this does firsthand. I’ve watched as doctors have fled the state, exhausted by the expensive and toxic legal climate that hinders our ability to do our jobs. Not only that, but it decreases access to proper health care for all Illinoisans, as doctors continue to flee to practice medicine in more health care-friendly states.

There are many obstacles we must overcome – and many laws that we must reform – before Illinois can become a health care-friendly and business-friendly state. A great first step in the right direction, however, would be for Pritzker to do what’s best for everyone, and veto Senate Bill 72 as soon as possible.