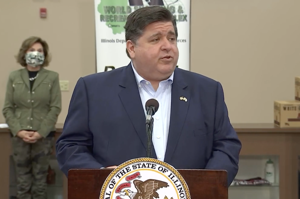 (The Center Square) – The COVID-19 pandemic has taken a toll on building owners in Illinois, including those dealing with tenants who refuse to pay rent and restrictions on what they can do with their properties.

The changes to the housing landscape is detailed in a study by the Institute for Housing Studies at DePaul University. In high-cost communities, many times buildings were replaced with single-family homes, and in lower-cost neighborhoods, the structures were often torn down.

Michael Glasser, president of the Neighborhood Building Owners Alliance, said although a few neighborhoods in the Chicago-area are losing rental units to gentrification, many are seeing disinvestment because of historically high levels of delinquent rent and over regulation.

“If you own a 30-unit building and you have one or two tenants who can’t afford to pay rent because of COVID or for whatever reason, that is a tough situation,” Glasser said.

“It was not right to push people into homelessness at just the moment when people need to have a home and they need protection,” he said.

Several landlords with one or two properties said they have tenants who are employed, but were not paying rent while the eviction moratorium was in place. The situation may force building owners to look elsewhere for investments.

Faced with a chronic shortage of affordable housing for working-class residents, some Illinois lawmakers want to create a tax credit for investors that would generate more financing for developers – and ultimately more rentals.

Glasser said it has been a tough year for all involved.

“Given the stresses and strains that so many owners have had owning the buildings, owners should be offered the maximum range of possibilities and choices in terms of what to do with the properties that they invested in,” Glasser said.