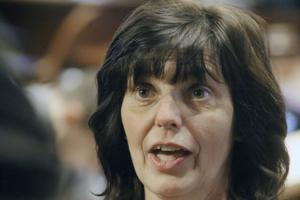 (The Center Square) – Lawmakers are making another push to persuade the federal government to waive standardized testing requirements for students in Illinois schools.

President Joe Biden’s administration has called on states to administer the tests this spring. House Resolution 170 asks the federal government to cancel the tests until the next school year.

State Rep. Tom Morrison said the tests would be useful to determine how students fared during the pandemic.

“We shouldn’t put too much pressure on the students, but it still would be helpful to see what were the results of the last year and what were students able to learn,” Morrison said.

State Rep. Sue Scherer said teachers and principals are evaluated by the test results and the pandemic makes that an unfair situation.

“If we are giving a test just to see how bad everyone failed, then we are going to call all of our teachers failures too in this horrible crisis that they gave their heart and soul to?” Scherer said. “I just can’t agree on this one.”

In February, nearly 700 superintendents in Illinois signed a letter requesting the Department of Education waive spring assessments. The Illinois State Board of Education announced soon after that it would request waivers. But the DOE announced on Feb. 22 that all schools are expected to administer federally mandated standardized tests. The agency contends the tests are necessary to gauge overall learning loss along with the needs of students and school districts.

Scherer takes issue with the test, pointing out that the content should be changed because of the situation but has remained the same since 2019, and the state is paying a lot of money to the companies that administer the tests.

“The companies are there with their hands out to make their money, but they are not doing a single thing to change the test, and that is absolutely wrong,” Scherer said.

The state is paying Pearson, a publishing and education company that provides the IAR test, or Illinois Assessment of Readiness test, around $55 million for three years. That includes $18.6 million for last year, even though only about a quarter of students took the tests before they were halted by the pandemic.